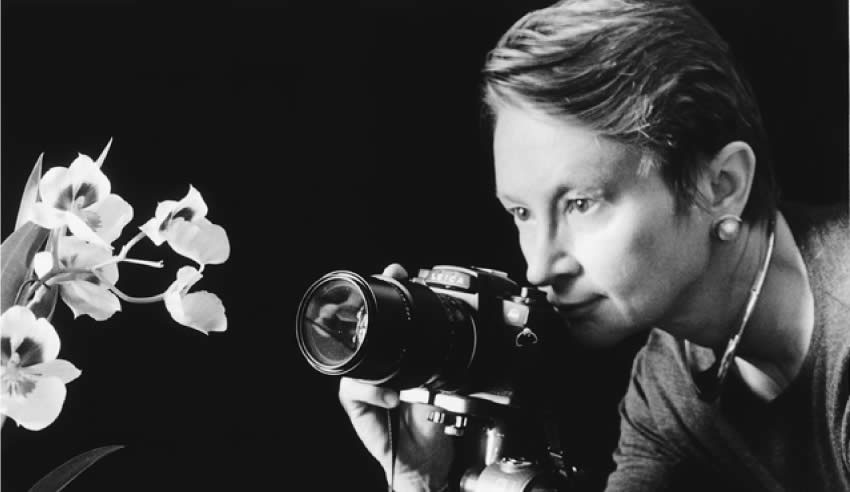 Born in a rural village in western New York, Andrea Baldeck began photographing with a
simple brownie camera at age eight, imagining herself a Life photographer canoeing
through the jungle to meet Albert Schweitzer. This interest and dream pervaded years of musical study at Vassar, medical school at the
University of Pennsylvania, and practice as an internist and anesthesiologist.
On medical trips to Haiti and Grenada, camera and stethoscope occupied the same bag.

In the early 1990’s she left the operating room for the darkroom, to work as a fine-art
photographer in black and white.
During the following decade, her portfolio grew to accommodate portraiture, still life,
and landscapes, as featured in her books the heart of Haiti (1996, second edition 2006),
Talismanic (1998), Venice a personal View (1999), Touching the Mekong (2003),
Closely Observed (2006), Presence Passing (2007), Himalaya: Land of the Snow Lion (2009),
and Bones Books & Bell Jars (2012), a photographic essay evoking the history of medicine.
Since 1996 she has exhibited widely in the U.S. and abroad, and her images
are found in museums and private collections.

Three of Baldeck's exhibits — “Touching the Mekong,” “The Heart of Haiti, ” and “Himalaya:
Land of the Snow Lion” — have traveled under the aegis of the University of Pennsylvania
Museum of Archaeology and Anthropology.
Her botanical essays, “Closely Observed” (2002) and “The Texture of Trees” (2008) debuted at
Philadelphia's Morris arboretum and became the inaugural exhibit at the Sturt Haaga
Gallery in Descanso Gardens, La Canada, CA (2011).
Projects in evolution include “Shoreland, ” an exploration of tidal landscapes and
communities; a still life series, “Balancing Acts; ” an in-depth look at the peoples, culture,
and terrain of Burma/Myanmar, and further collaborations with her husband,
poet William Hollis.

When not in the darkroom, she explores mountain peaks, far-flung islands, fields and
gardens, seeking to entrap the transient through the magic of her photography.